David Borgmann: Art as a Means of Survival

From time immemorial, human life has been enriched with different forms of artistic expression. Whether a specific piece of visual, applied, or performing arts, an artwork can have the power to move and touch an individual. Keeping the possibility of that power in mind, artist David Borgmann creates his paintings in an attempt to outwardly project his intense artistic experience and impact the viewer in an emotional, spiritual and physical way.

“Painting seems to be a part of what it means to be a human, long before anything else.”

When talking about his artistic background, Borgmann draws a parallel between his artwork and the art of those who did the cave paintings – some of them 40000 years ago. Even though the cave people have lived in a cruel, dangerous world, where they were forced daily to deal with the fulfillment of basic, profane human needs, they also engaged themselves in the artistic practice, as a means of survival. Painting animals, hunting scenes, various visual sensations and instructions as an attempt to control nature – thus survive – art has been an important and vital part of their lives. Seeing no difference between himself and the cave people, Borgmann considers his current body of work a direct transfer of that life experience, conjoined with his hard work and his unique artistic evolution.

“Art is not only giving a purpose in life but is nothing less than a strategy for survival, in an existential way.”

Choosing oil-based paint (usually on linen), as his preferred medium to work with, Borgmann often experiments with his artwork by creating something he didn’t do before: trying out a new combination of colors or a new angle. Borgmann’s belief in the necessity of reaching a point where an artist cannot go further while using his old ways of expressing, leads his art to the parts of yet unseen and unexperienced visual concepts: he aims to surprise himself – and the viewer – with the outcome.

“I believe painting is more about the experience and less about the skill.”

In order to make a strong emotional impact on the viewer, David Borgmann wants his paintings to be very physical: sometimes big, but always emphasizing the material aspect.  While looking at Borgmann’s paintings, the viewer witnesses an extraordinary artistic experience and, through his awaken emotions, he is reminded of the experience of being alive. In that way, as the cave people created paintings to stay alive, Borgmann creates paintings to feel alive and to further deepen his – and the viewer’s – experience of life, thus revealing the unbreakable bond that binds together prehistoric and contemporary art.

All images copyright of Roman Häbler, Lars-Ole Bastar, and the artist. 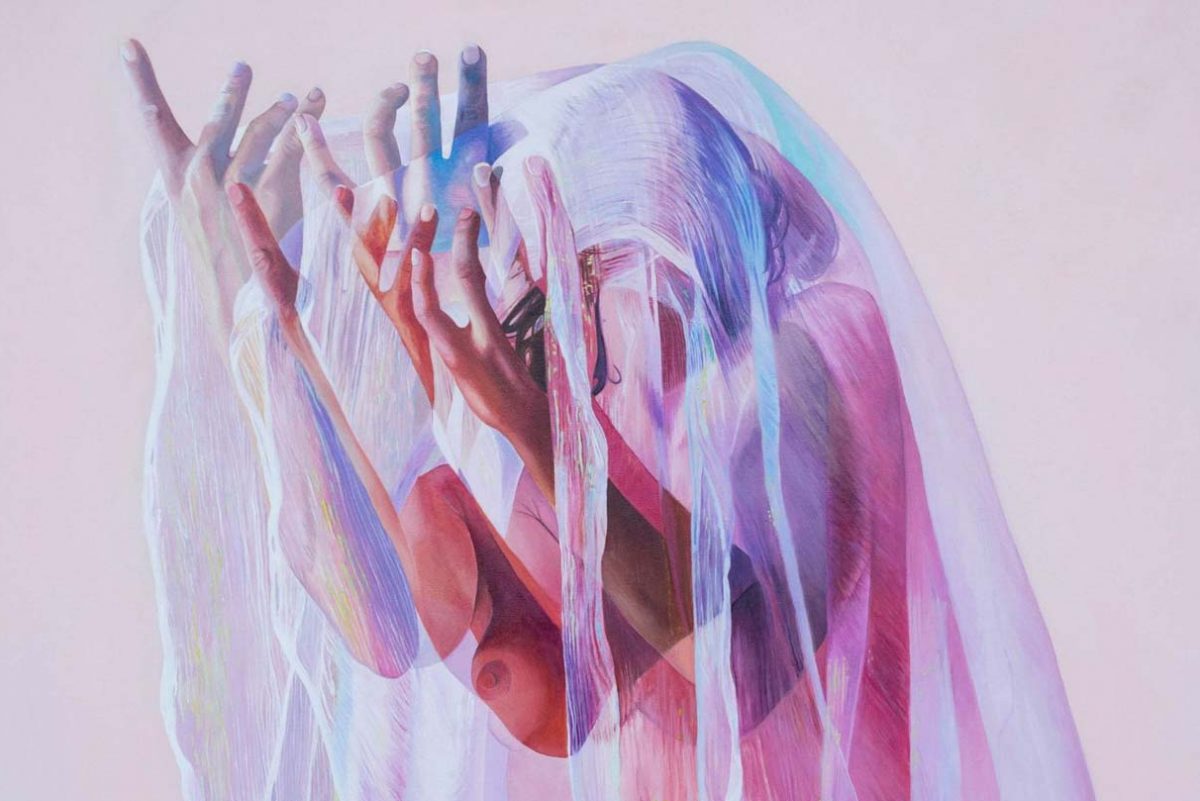