Jesse Lane: The Play of Contrasts

Born in 1990 in Woodlands, Texas, Jesse Lane is an American artist who works exquisitely with colored pencils on bristol boards. This 28-year-old artist has astonished masses with his medium of choice and photorealistic works. One needs to have a lot of perseverance to use tiny pencil tips to create large-scale pieces so full of life.

“When people see my portraits, they’re surprised I work in colored pencil. I love the precision and versatility of the colored pencil. This medium can be as rich and nuanced as any other.  One of my goals is to advance colored pencil in the world of fine art.”

Lane struggled with dyslexia as a child and often felt left out. “For years, I bottled up my feelings. Then I realized they could be a source of inspiration.  I began creating images of personal struggle and intimate emotion.”  In high school, Jesse became friends with kids who sketched anime and tried his hand with the style and medium. After experimenting, he switched to realism and became serious enough to take up drawing lessons and start sketching real-life portraits. He earned a degree in Visualization from A&M University in Texas, then went to Italy to further his studies. His current work is heavily inspired by Caravaggio’s concept of lighting and high contrasts that give Lane’s pieces more depth and realism than expected from a pencil drawing.

“I call my body of work ‘Anatomy of Light’. My figures emerge into the light and disappear into darkness… both literally and figuratively.”

Jesse’s works remind high definition photographs that have captured sensation by stilling the motion instilling life into the art. He readily uses water, fire, and earth to enhance the emotional expression of the subject portrayed. The eyes are the major source of magnetism in his work, staying true to the saying: eyes are the windows to the soul.

“My work captures intimate moments and gives glimpses of an inner private world providing a window to our own introspective thoughts and our own mystery. My drawings capture emotions and stories wrapped into a single instant. These stories are open-ended.”

The fascinating theme and fine details in his work are the evidence for the artist’s passion for his favorite medium – colored pencils. “I want my work to break new ground. Colored pencil is a very misunderstood art medium, often considered incapable. I want to see what is possible with it and hopefully help open a few doors for other colored pencil artists.”

Jesse’s work has been featured on multiple magazine covers, in numerous galleries, and has received many awards for the artist’s remarkable talent. A representative of the RJD Art Gallery, Jesse Lane feels not just fervor but a responsibility as a young color pencil artist to represent an undervalued medium with his emotional art.

All images copyright of Jesse Lane

Cesar Santos: The Aesthetic of Syncretism 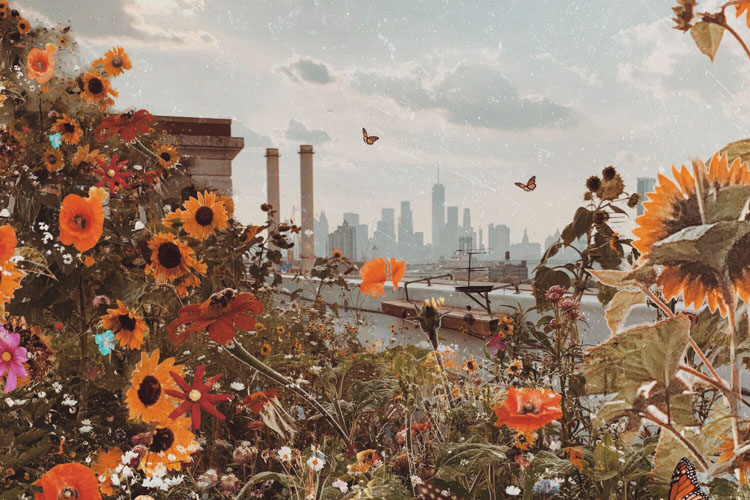 American Abstract Artist Emily Quandahl and Her Comforting A...

Madeleine Collopy: The Correspondence Between Movement and Stillness