When we watch somebody’s dance, we are focused on movement and figures that alter each other. They change quickly and sometimes we cannot observe all the beauty they make. For photographers, capturing dancers is a big challenge. For the photographer Arthur Cadre the challenge is even bigger. This performer usually pictures his own body and tries to communicate with the audience through both mediums – dance and photography – with the idea to spread his emotions and feelings.

Arthur Cadre’s Dancing Through the Life

Arthur Cadre aka “lil crabe” was born in France in 1991. This multi-talented young man is a contortionist,  dancer, photographer, performer, but also an architect – he obtained a master degree in architecture at the University of Montreal. But all stated when he was a boy whose first steps in a dancing world started early – at the age of 9. A few years later, at the age of 13, Arthur’s talent became recognized and he started to grow a unique and interesting dancing style. His first YoutTube viral video presented him to a broad audience and it was seen more than 10 million times. The artist currently leaves in Montreal and performs around the world. For example, Arthur played NFL halftime show in Atlanta in front of 70, 000 people. He also performed in the show in ”La Perle”, created by in Franco Dragone, in 2017 in Dubai.

The Body With No Limits

Arthur is a photographer but also a model in his pictures. His art is all about body’s movement and the emotions that different body figures show. The photographer practices disciplines such as acrobatics, parkour and contortion, which gave him strength and a lot of solutions to play with.

The series of photos “Wonderland Creatures” is made on different locations around the world. These interesting images show the human body in various positions surrounded by natural environment. The sensations expressed with the twisting body of the artist dominate on these images. With the collection “Colourful Encounter” the photographer plays with shapes and colors. The yoga couple fuses together and creates geometric shapes on the mystical colored background. The moving bodies are captured at the moment while they are static and look like sculptures. With purple or red shades setting they show as something unreal.

All images copyright of Arthur Cadre. 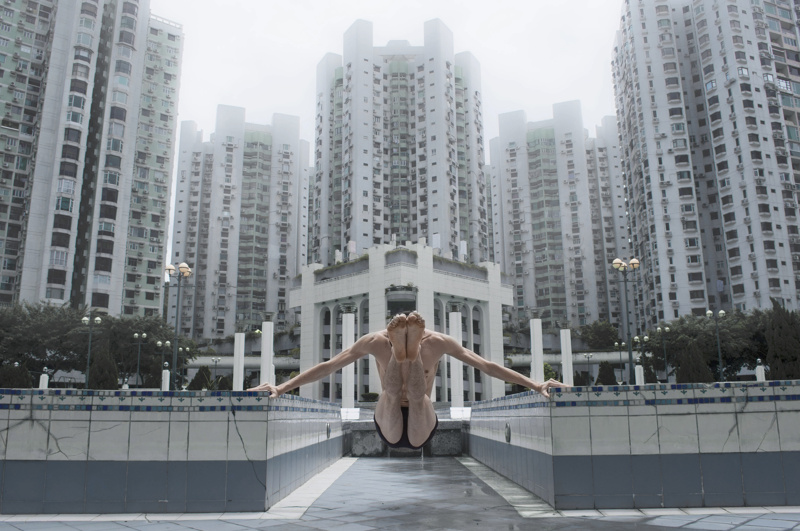 Simon Kerola: Fractured Beauty of Solace from Behind the Lens